When you don’t want to miss either game 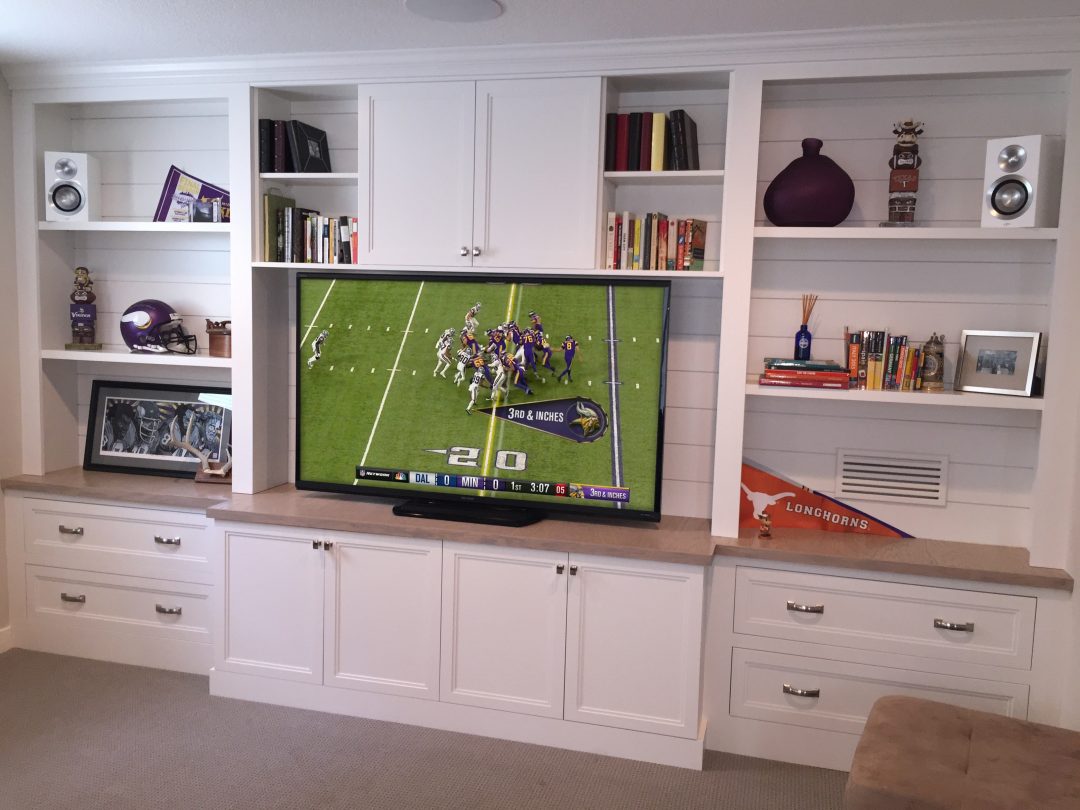 When we were contacted for this project, our client had one simple request – give them a solution in their basement that allowed for the viewing of two games at once. A large screen television was installed in a built-in cabinet in the basement. Surround sound was provided via a pair of Paradigm Prestige speakers in gloss white to blend in with the cabinetry, as well as Paradigm in-ceiling speakers and a wireless subwoofer to round out the 5.1 system. 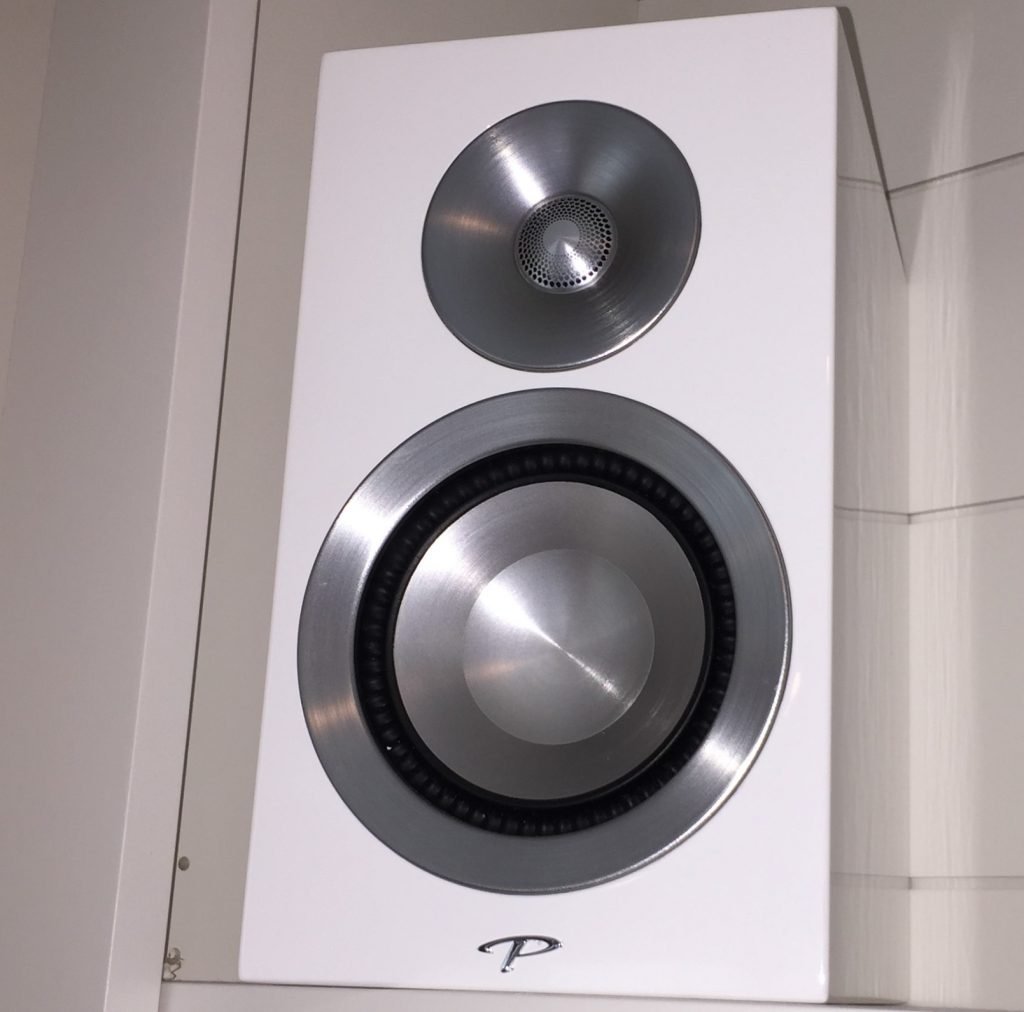 A smaller television set was installed in an upper cabinet with sliding doors. When not in use, the doors can be closed to hide the television. However, when it’s game day, the homeowner can simply slide the doors to the side to watch both sets at once. 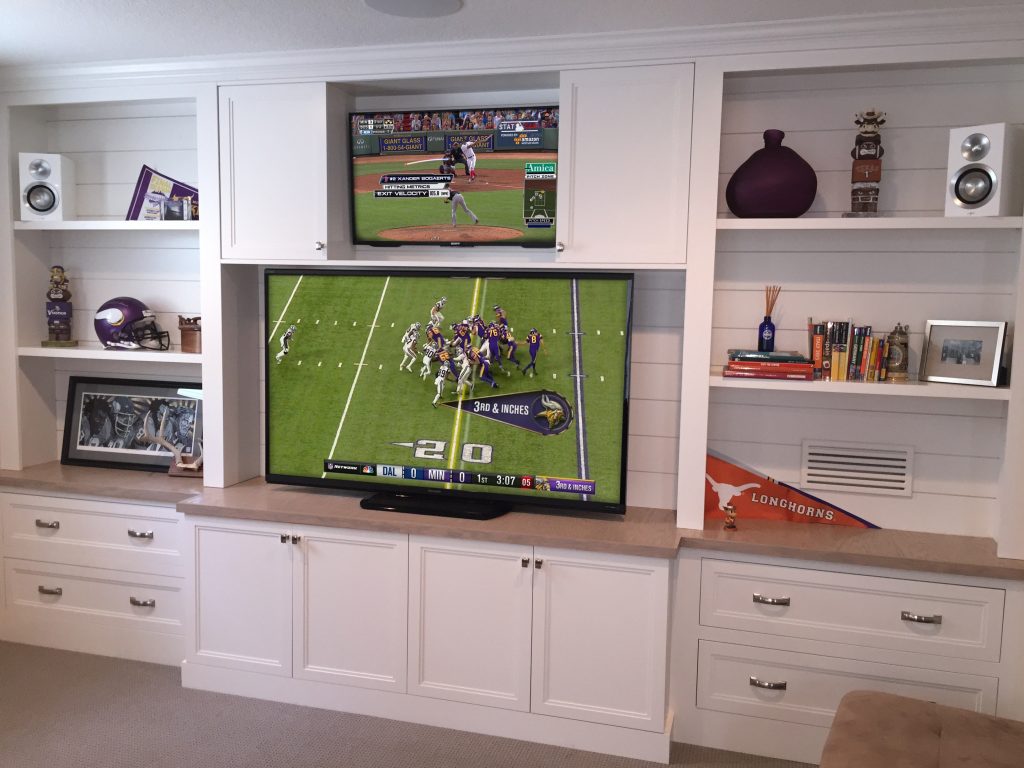 Control of the system is handled via a Pro Control universal remote control system that allows for use of the A/V equipment while keeping it hidden behind closed cabinet doors. With one touch of a button, sound from either television can be broadcast over the in-room speakers, allowing for a seamless transition between the two television displays.

← When you want a big screen for movie night