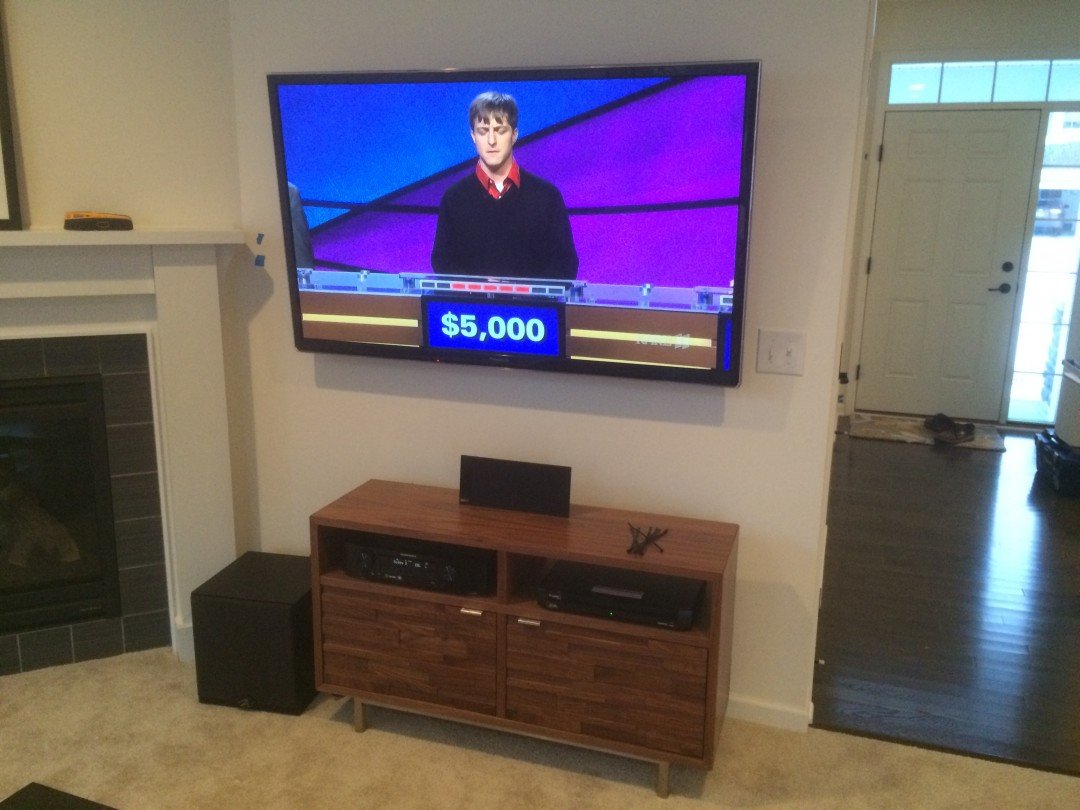 When our client in Maple Grove, MN contacted Serenity Sound & Cinema after relocating from downtown Minneapolis to the suburbs, his vision was to have a surround sound system installed that was not only functional, but was also easy on the eyes. After mounting his television to the front wall via a Peerless tilting mount, a Marantz low-profile receiver was chosen, as well as a Martin Logan Dynamo 500 subwoofer to provide clean but powerful low-end bass to the space. Niles 4″ in-ceiling speakers were used due to their superior sound and minimal footprint. Finally, a KEF T101 center channel speaker was used to provide crystal clear dialogue during movies while still looking sharp on top of furniture. It’s even thinner than the television!