When you want a big screen for movie night 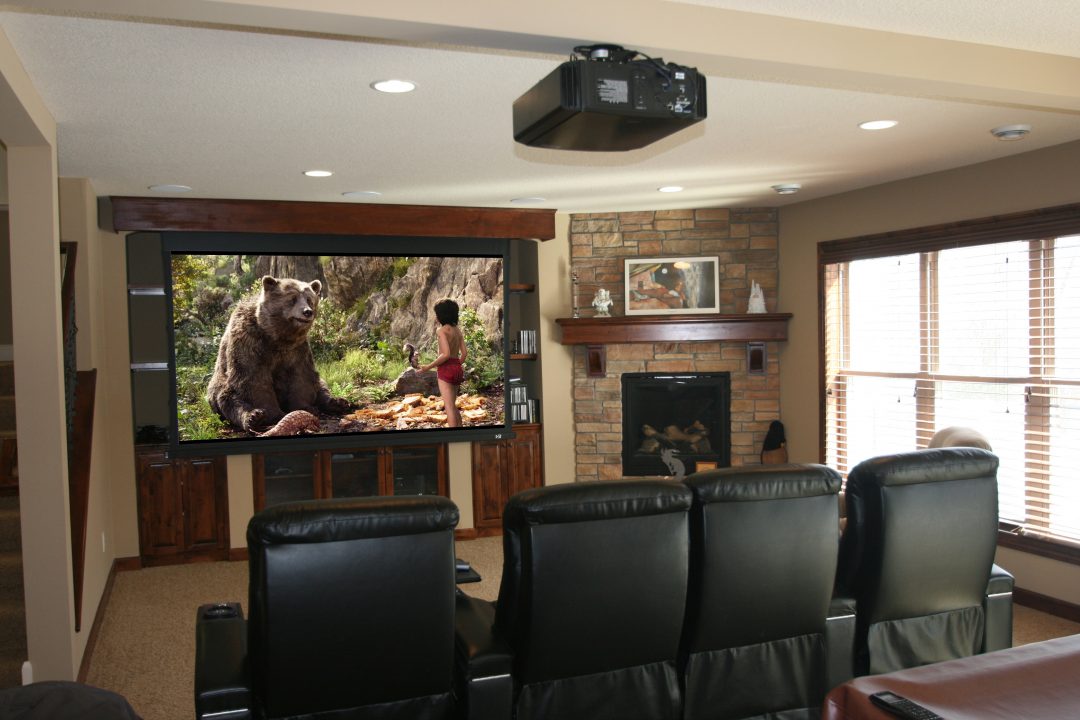 When our client contacted us to design this multi-purpose media room in their Plymouth, MN basement, we were immediately faced with several challenges. The goal was to install a ceiling mounted motorized screen in the ceiling of the already finished basement space. Special care was taken to not only hide the screen when not in use, but to match the grain and stain color of the custom valance to match the existing woodwork in the home. 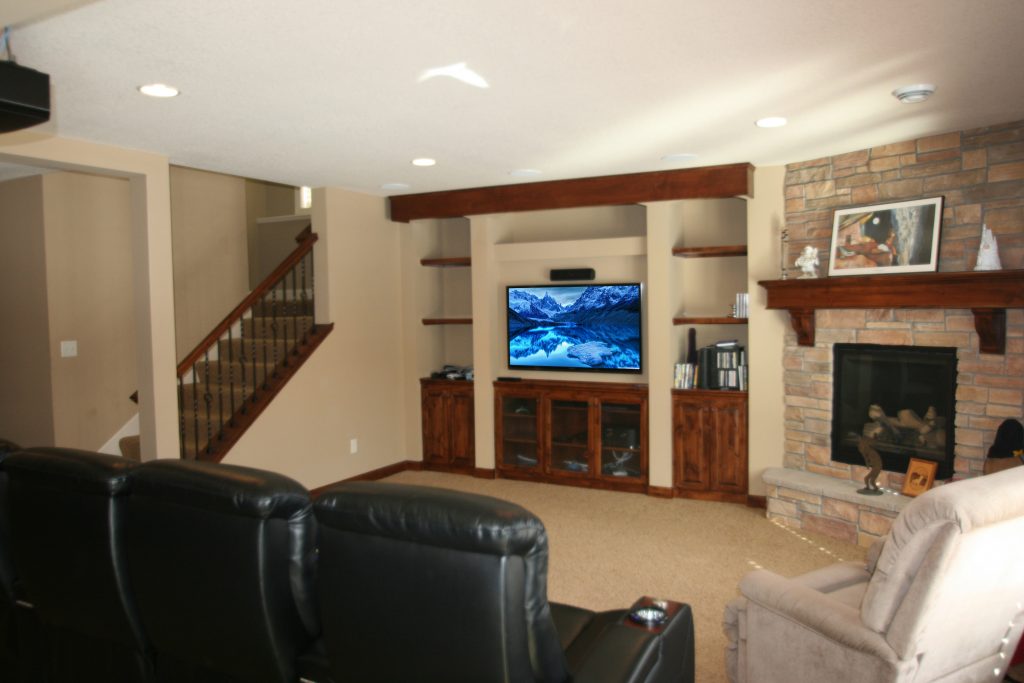 Projection is provided via a ceiling mounted JVC RS series projector with 4K e-shift technology. When coupled with the motorized Series 5 projection screen from Screen Innovations, the slate fabric does an excellent job of absorbing any unwanted light from nearby windows, allowing the homeowner to still allow light in the room while projecting the big game on the 120″ 16:9 screen. 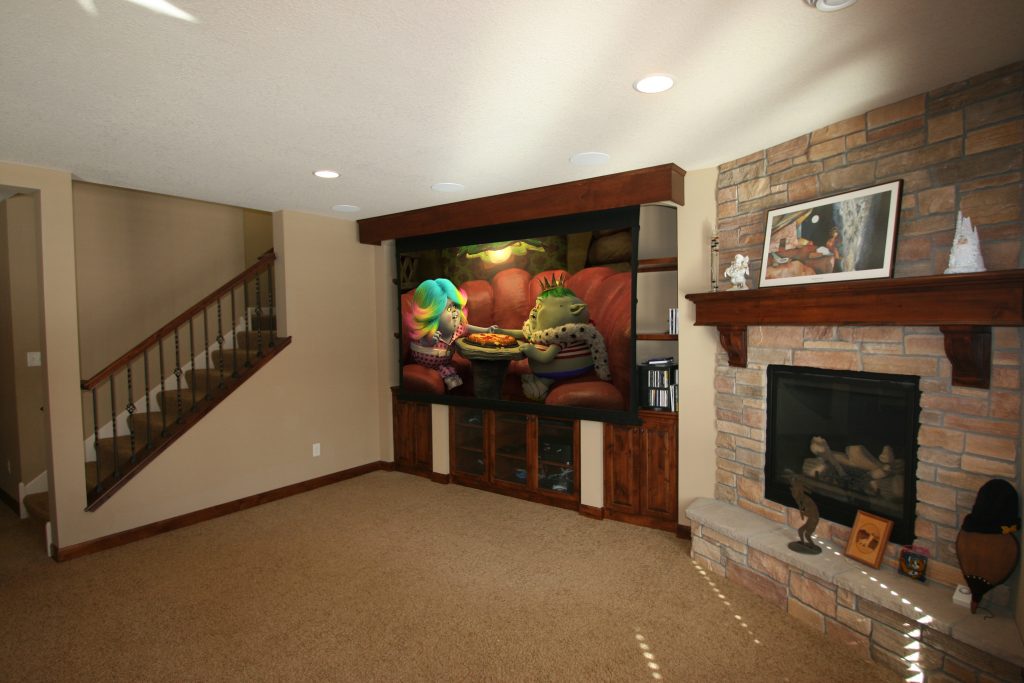 In-ceiling speakers from Origin Acoustics provide top notch sound to sports, video games, and all of the latest Hollywood blockbusters. Operation of the system is very user friendly thanks to the Pro Control remote system that not only allows for operation through closed cabinet doors, but immediately will lower or raise the screen based on the client’s needs. 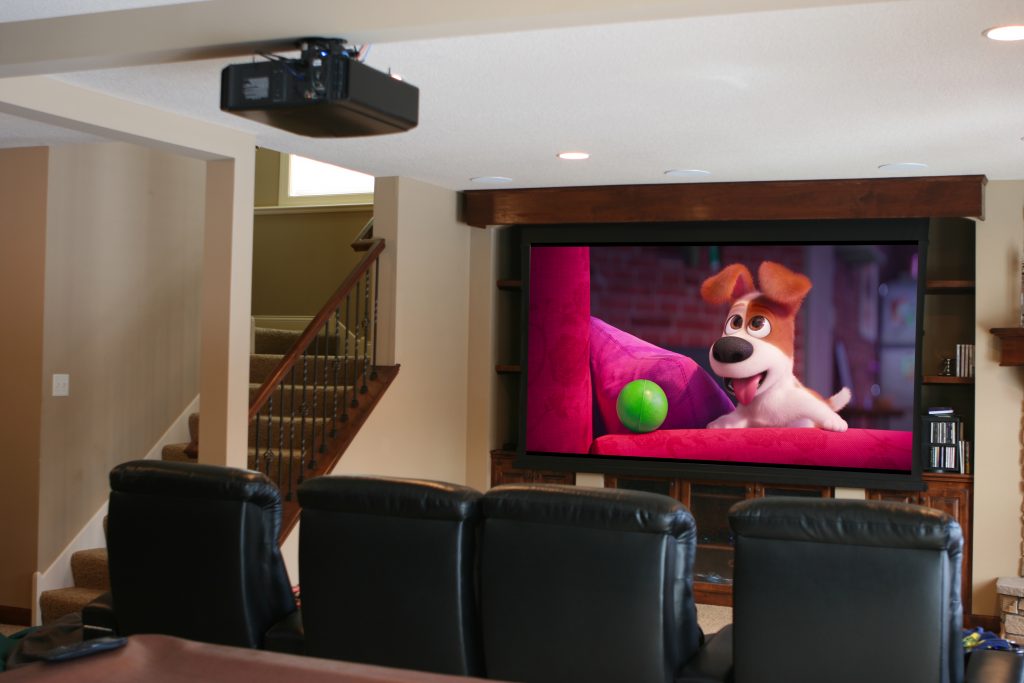 When there’s not a desire for a big screen experience, one touch on the remote quickly hides the screen in the ceiling and still allows for surround sound while using the smaller cabinet installed television for video. 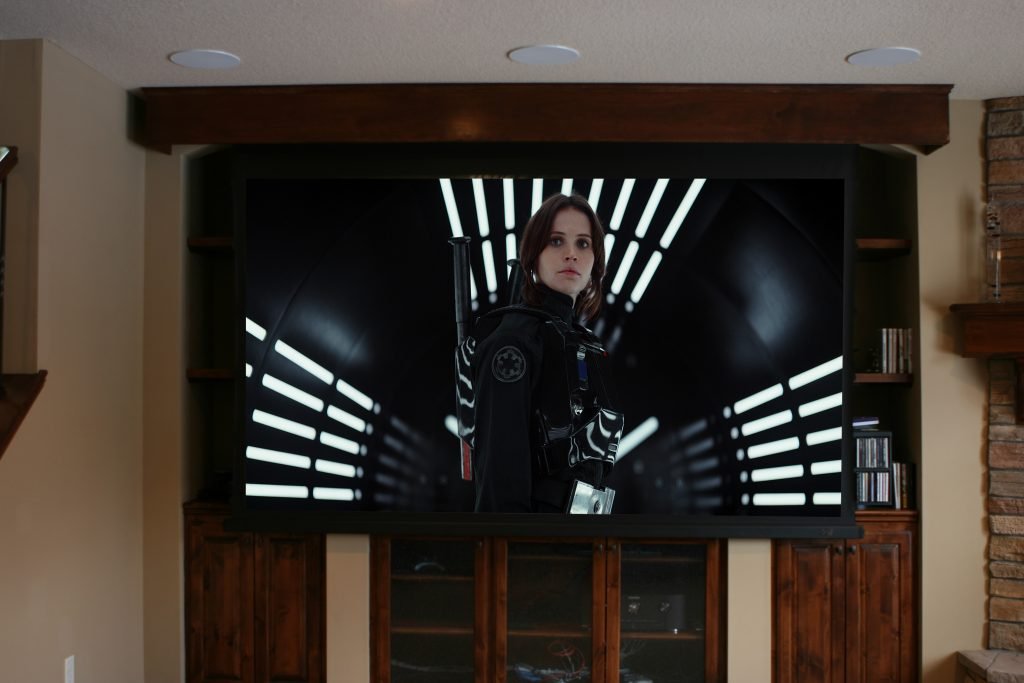 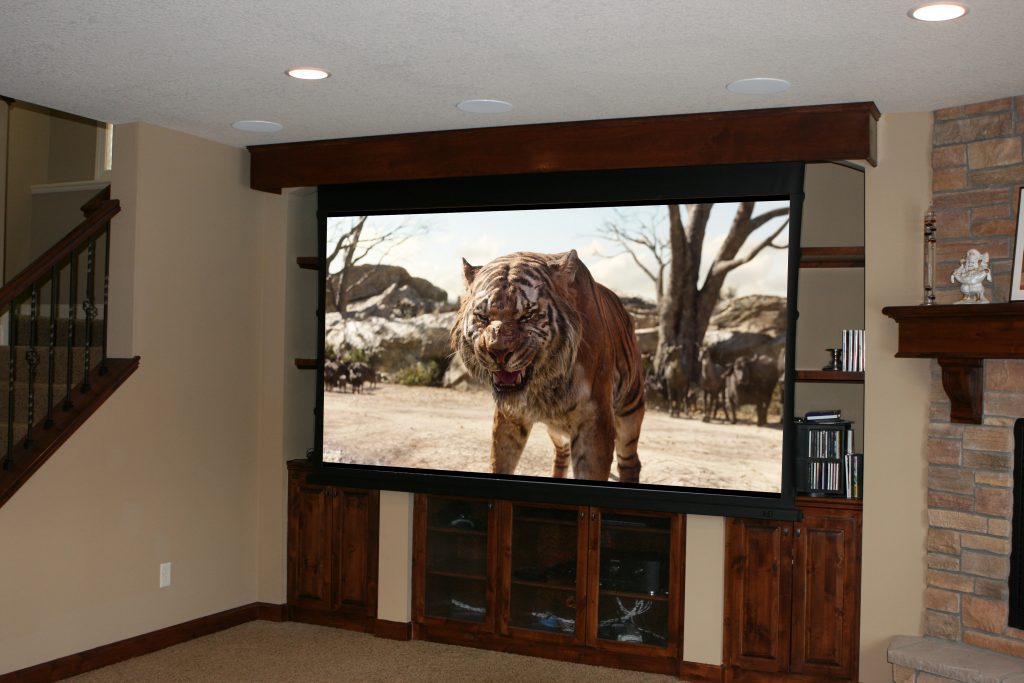